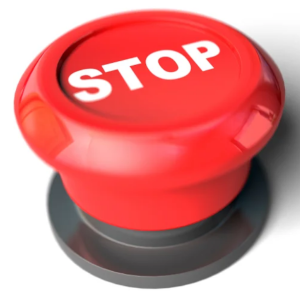 Completing a RxJs Observable with another

How to complete an observable when the other completes ?

When to use RxJs ?

I'm working on real time data these days, and now I'm getting pretty good with RxJS. I have ranted many years against RxJS because it was packed with Angular, and I don't see the point of using an Observable for a rest request, when a Promise is perfect for that.

Moreover, RxJs api was moving fast, causing displeasure when you don't follow that much this project.

When dealing with real time data, it's another story. RxJs nails it, and its integration with Typescript is perfect.

There are many operators included with RxJs, and over the time, they removed some to limit the api surface, which is good. It's very easy to make your own operator, so if your code often use a certain combination of operators with recurrent logic, don't hesitate to factorize your code with your customized operator.

In my project, I often need to terminate an Observable when another finish. They both finish at the same time. I first supposed that this is common and therefore an operator already exists, but takeUntil(other$) terminates your observable when the other$ starts.

It's also easy to complete a Subject, with subject.completes(), but I prefer to work with observables.

I want my stream$ to complete with other$ stream. I wish to use it like this:

When other$ completes, a terminator$ Subject will emit any value, and using takeUntil, it will then complete our observable.

Replace Subject by an Observable

As I said before, I prefer to avoid Subjects. The way Subjects store listeners could provoke memory leaks. Functional style has much more guarantees.

This is more an exercise than a reality, as my project is full of Subjects, but they are always private object, with very limited power. I just use them because it's convenient, more readable. Thought a bit dangerous...

If you can't replace your Subject by an Observable, probably harm is already done. Your Subject may be linked to other objects, with complexity that puts your memory at risk.